Actor/director R.H. Thomson has been working for almost thirty years in theatre, film, and television. Winner of a Gemini, a Genie, and a Dora Mavor Moore Award, Thomson has achieved recognition through a series of diverse and memorable roles in all three mediums. Born in Toronto, Thomson graduated from the University of Toronto with a Bachelor of Science and then went on to theatrical training at the National Theatre School in Montreal, and the London Academy of Music and Dramatic Art in England. His interests have led him to host CBC's Man Alive series as well as advocating for cultural sovereignty and diversity on both national and international levels. 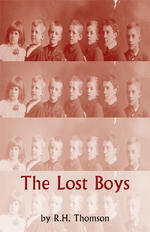