Erin Shields is a Montreal-based playwright. Her adaptation of Paradise Lost premiered at the Stratford Festival and won the Quebec Writers’ Federation Playwriting Prize, and her play If We Were Birds, which premiered at Tarragon Theatre, won the 2011 Governor General’s Literary Award. Other theatre credits include Jane Eyre (Citadel Theatre), Piaf/Dietrich (Mirvish Productions/Segal Centre), The Lady from the Sea (Shaw Festival), The Millennial Malcontent and Soliciting Temptation (Tarragon Theatre) and Instant (Geordie Theatre). Upcoming projects include Queen Goneril for Soulpepper and Ransacking Troy for the Stratford Festival. 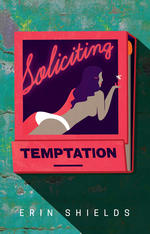