Samah Sabawi is a Palestinian-Australian-Canadian playwright and poet. Her plays Cries from the Land and Three Wishes had successful runs in Canada, and Tales of a City by the Sea enjoyed a sold-out world premiere run at Melbourne’s La Mama Theatre in Australia, an Arabic premiere at the Alrowwad Cultural and Theatre Society in Palestine, and was selected for the Victorian Certificate of Education Drama and Theatre Studies Playlist, 2016. Sabawi’s poems feature in anthologies including With Our Eyes Wide Open (West End Press, 2014), Gaza Unsilenced (Just World Books, 2015), and I remember my name (novum publishing, 2016). In 2016 Sabawi received an Australian Postgraduate Award to undertake a Ph.D. by creative project at Victoria University. 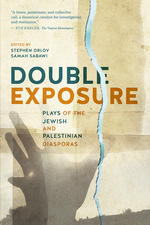