Tom Paulin was born in Leeds in 1949 but brought up in Belfast. He taught English at Nottingham University from 1972-1994. His many books of poetry range from A State of Justice in 1977, which won the Somerset Maugham Award, to The Wind Dog in 1999, shortlisted for the T.S. Eliot Prize. He also writes non-fiction and plays, including The Riot Act: A Version of Sophocles’ Antigone (1984). He lives in Oxford. 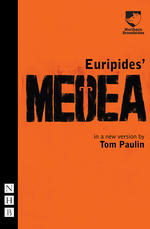