Lanre Malaolu is a director, choreographer and writer working across theatre and film. His work includes: Samskara (Yard Theatre, 2021); and Elephant in the Room (Camden People's Theatre, transferring to the Roundhouse, Camden, 2019);

His hybrid dance-documentary film The Circle had its world premiere at Sheffield Doc/Fest and was acquired by The Guardian in 2020. His film The Conversation was selected for the BAFTA recognized Aesthetica film festival, winning the Best Dance Film award. He was the choreographer for British Council film Dear Mr Shakespeare (Sundance Film Festival 2017). 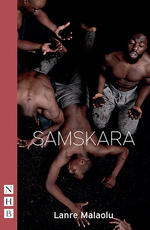