Maureen Labonté is a dramaturge, translator, and teacher. She has also coordinated a number of play development programs in theatres and playwrights' centres across the country. In 2006, she was named head of program for the Banff Playwrights Colony at the Banff Centre. She was dramaturge at the Colony from 2003–2005. She was also Literary Manager in charge of play development at the Shaw Festival from 2002–2004. Previous to that, she worked at the National Theatre School of Canada, first developing and running a pilot directing program and then coordinating the playwrighting programme and playwrights' residency. She still teaches at NTS. Mauren has translated more than thirty Quebec plays into English. Recent translations include: The Bookshop by Marie-Josée Bastien, Everybody's WELLES pour tous by Patrice Dubois and Martin Labreque, and The Tailor's Will by Michel Ouellette. She will soon be starting work on: Wigwam by Jean-Frédéric Messier and Bienvenue à (une ville do 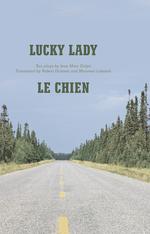