Don Hannah is a playwright and novelist who lives in Toronto and Lunenburg County, Nova Scotia. He was the inaugural Lee Playwright-in-Residence at the University of Alberta where he wrote While We're Young. In 2008, he directed his play There is a Land of Pure Delight at Live Bait Theatre in New Brunswick. As a dramaturge, he has worked with playwrights from across the country, and for five years was on the faculty of the Banff Playwrights Colony. His books include Shoreline, a collection of his plays, and the novel, Ragged Islands, which received the Thomas H. Raddall Atlantic Fiction Prize. 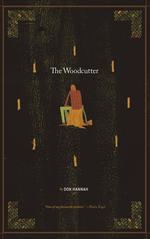 The Cave Painter & The Woodcutter