Chris Foxon is Executive Director of Papatango theatre company. He has developed and produced new plays at fringe and West End venues. These have won or been nominated for a range of awards, toured the UK, and transferred internationally. He has taught at the Royal Central School of Speech & Drama, as well as the Universities of York and Northampton. 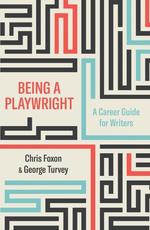