Aaron Bushkowsky is a Vancouver-based playwright with publications and productions across several genres, including film, theatre, prose, poetry, and non-fiction. His first collection of short fiction, The Vanishing Man, was published by Cormorant Books in 2005, and his two collections of poetry, ed and mabel go to the moon and Mars is for Poems, are available through Oolichan Books. Aaron's plays, Strangers Among Us and The Waterhead and Other Plays have been published by Playwrights Canada Press. His plays have been nominated for Jessie Richardson Awards several times, winning twice. He teaches film and playwriting at several institutions, including Langara College, Studio 58, Kwantlen University, and Vancouver Film School. He also helps run Solo Collective Theatre, a professional mid-sized theatre in Vancouver that produces original plays by Western Canadian playwrights. Aaron is a member of the Playwrights Guild of Canada. 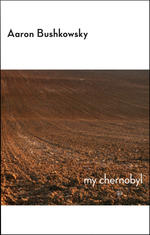